Whippets of Gentle Mind
In 2008 Joachim Bartusch got the judging licence for his beloved and 1st breed Whippets over the years Joachim obtained the judging licence for Irish Wolfhound´s, Sloughi´s, Afghanhound´s, English & American Cocker´s, Coton De Tulear´s & Poodle´s.Since then, Joachim had the honor to judge exhibitions, in the Netherlands, Finland, Sweden, Denmark,Norway,Australia, France, Ireland, Czech Republic, England and of course Germany. Over the years Joachim have been fortunate to judge some very interesting entries of both Whippets and other breeds in different countries.
Here are a few pictures of a few exhibitions judged by Joachim. 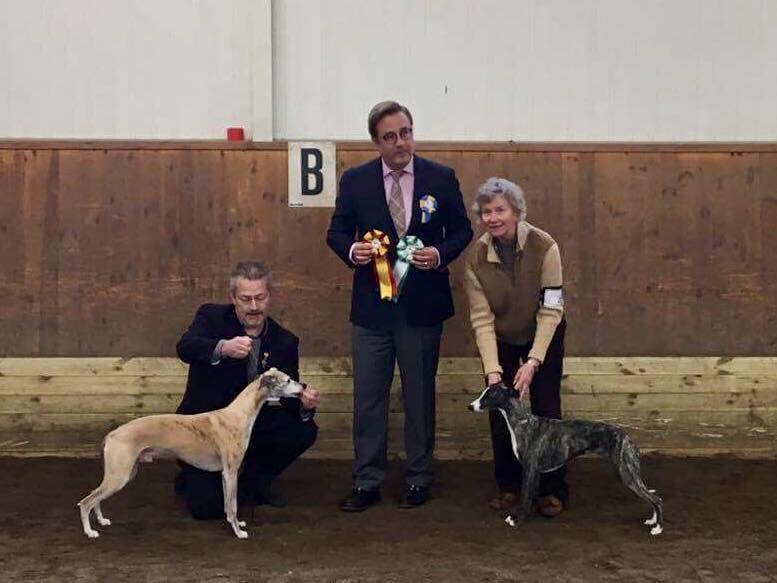 The Hound Show 2017... What a special event for me!
I really enjoyed judging the first time Whippets in the motherland of the breed. I had a lovely entry of 144 bitches.I loved my line-up and I would wish to have the possibility to give more "1st" because of the superb quality of the dogs. I found my CC winner in the stunnig young girl "Palmik Misty Eve" owned/bred by Yvonne Hull who went to win Best of Breed under Mr Phil Moran Healy and myself and Puppy BIS1 under Shirley Rawlings at the tender age of 8 months. My attractive RCC winner was the lovely " Ch Collooney Tartan Tease" owned by Yvette Short.I would like to say thank you to all who made that great weekend possible especially to the Hound Association and the handlers showing under me such a great number of Whippets.
It was an honour for me to jugde in England! 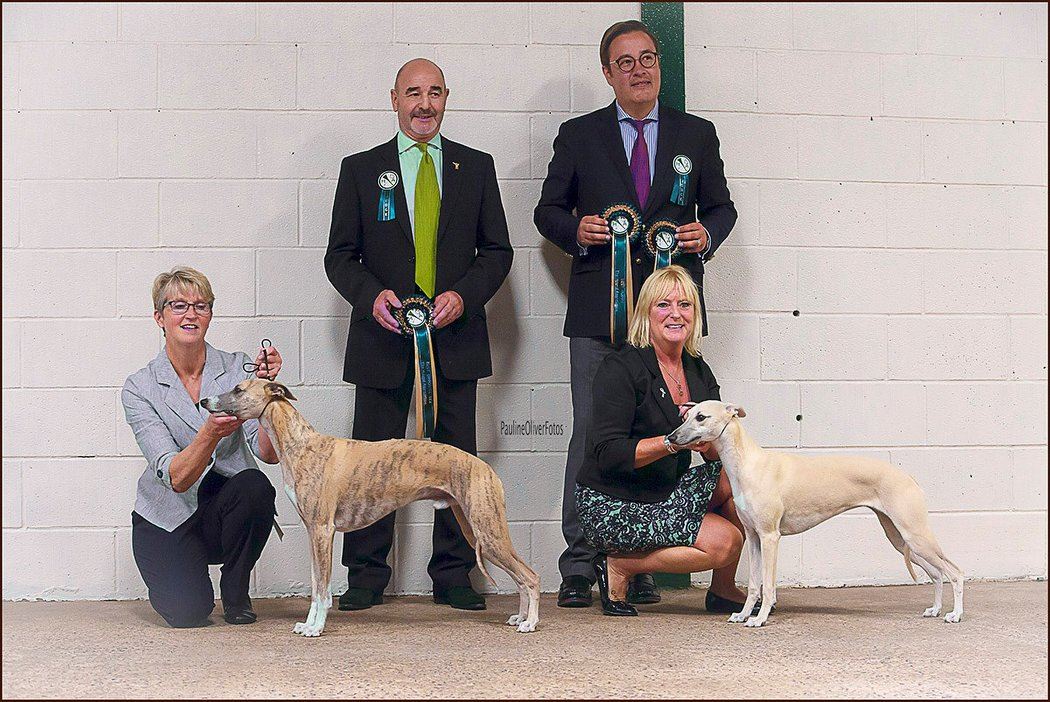 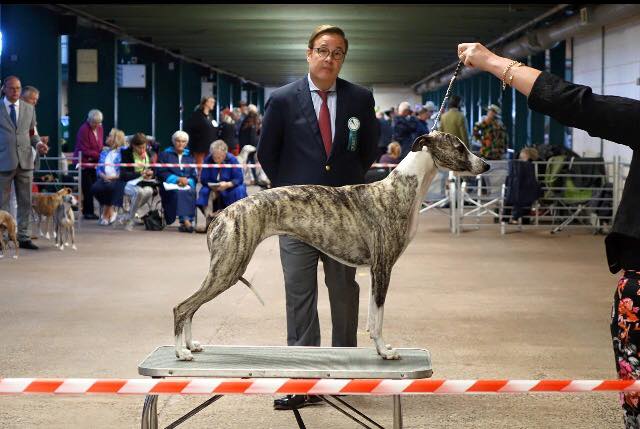 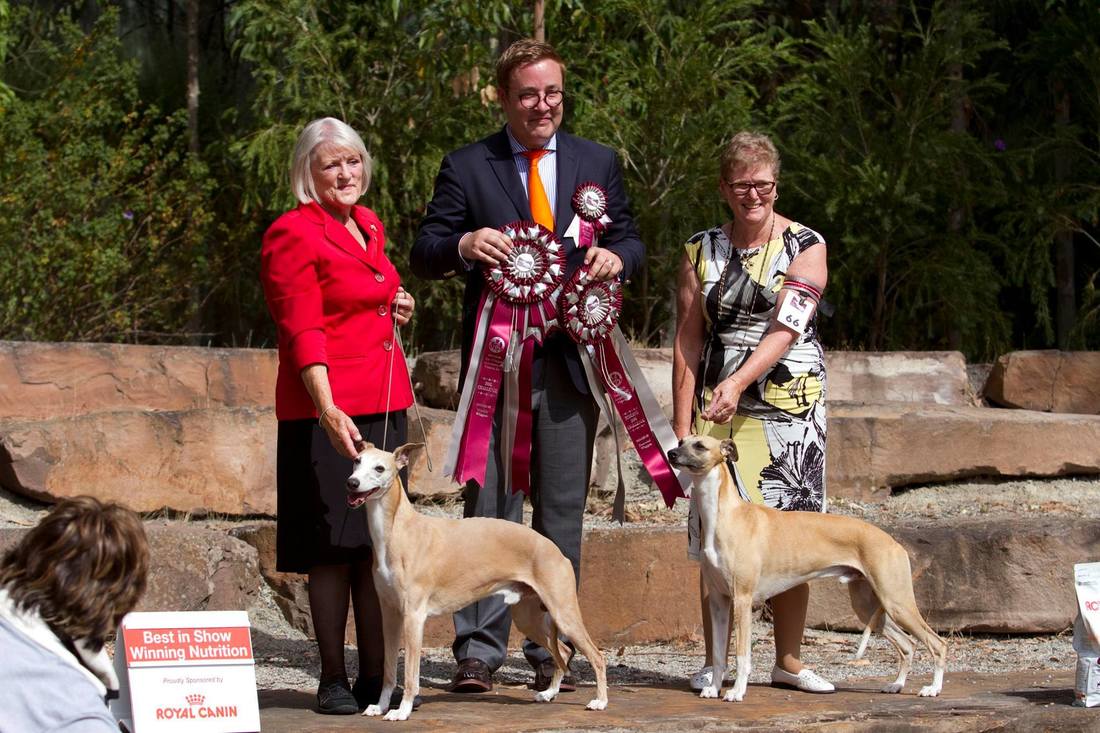 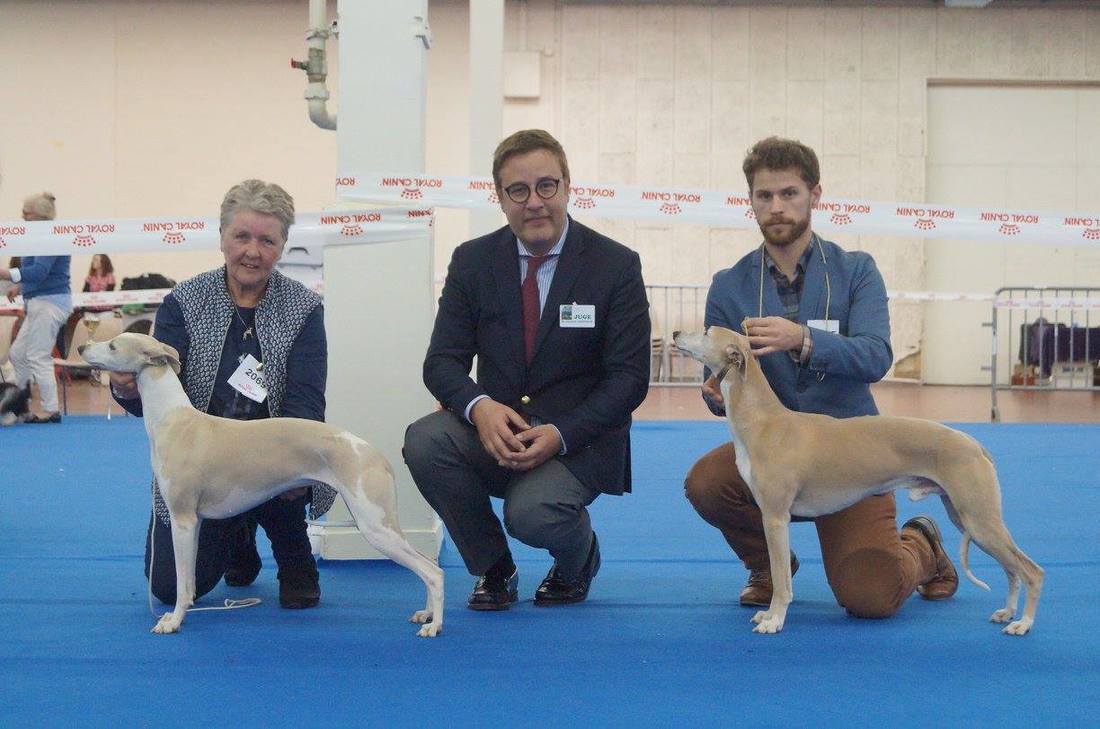 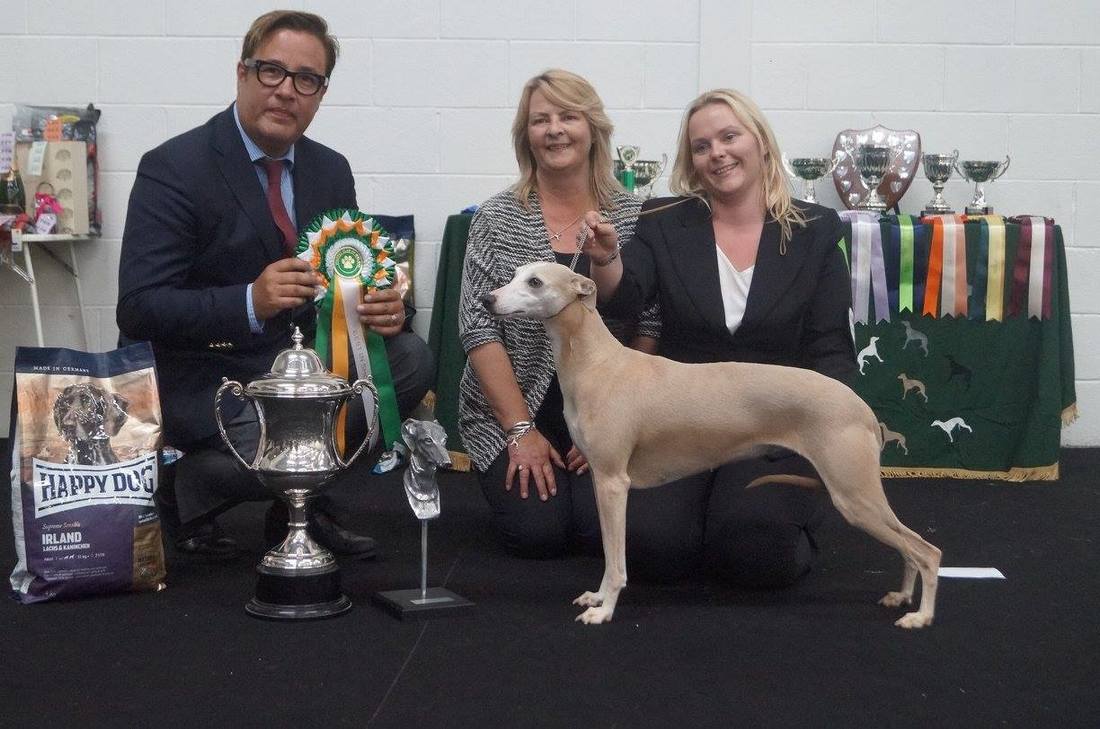 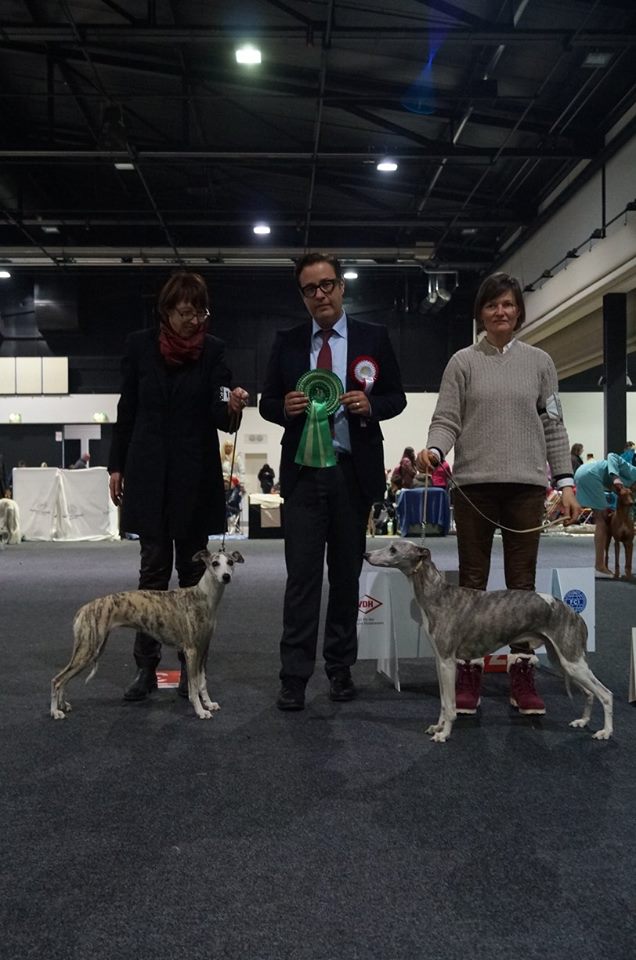 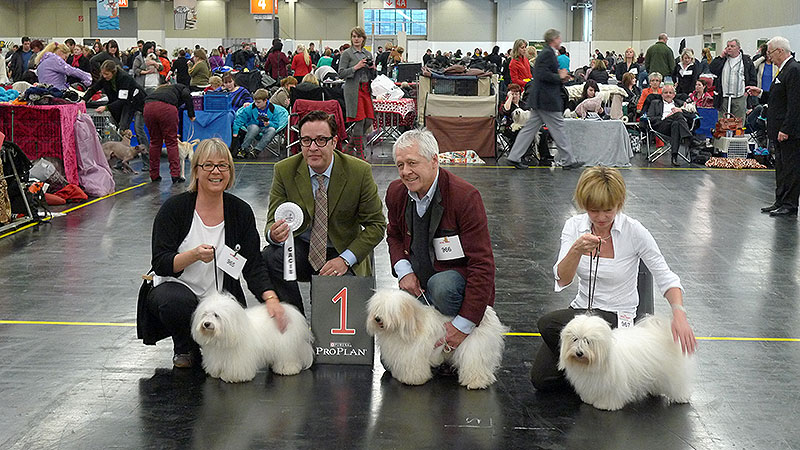 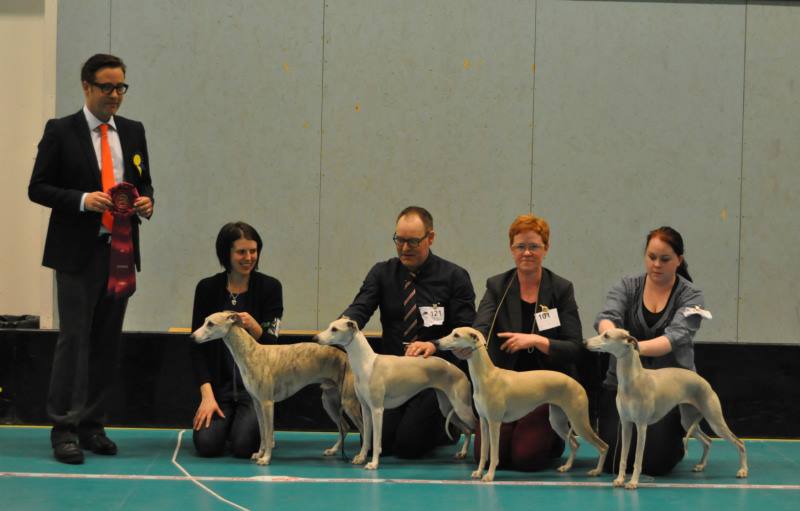 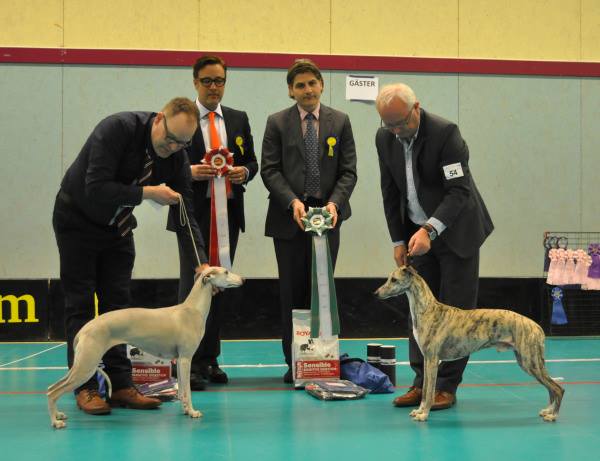 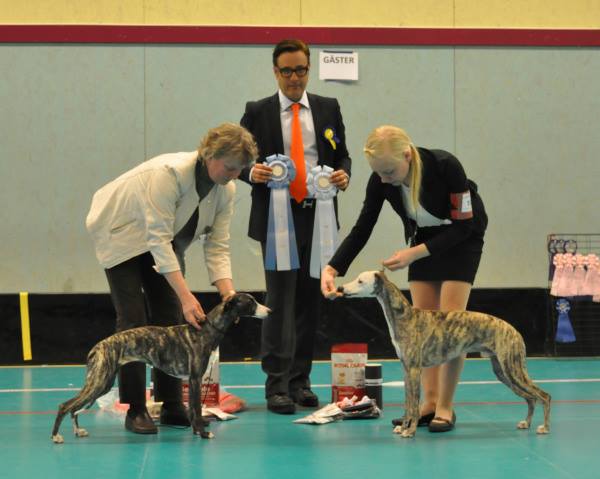 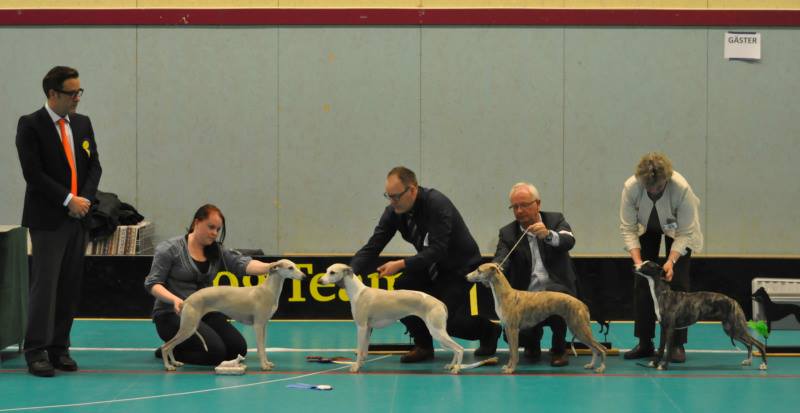 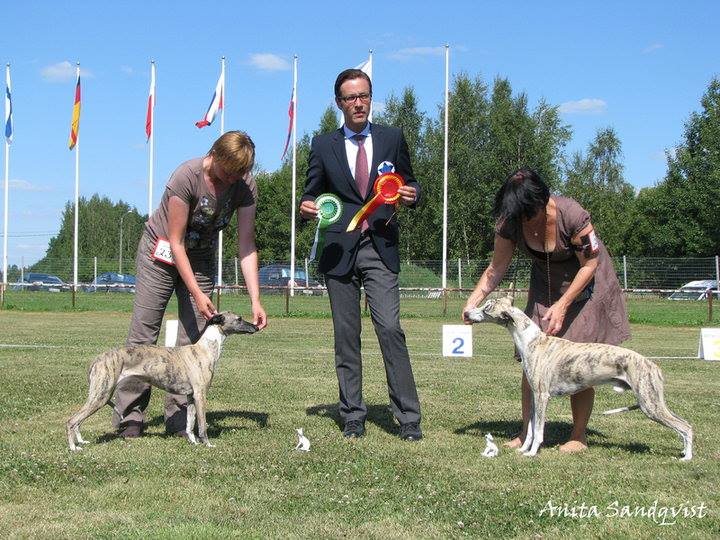 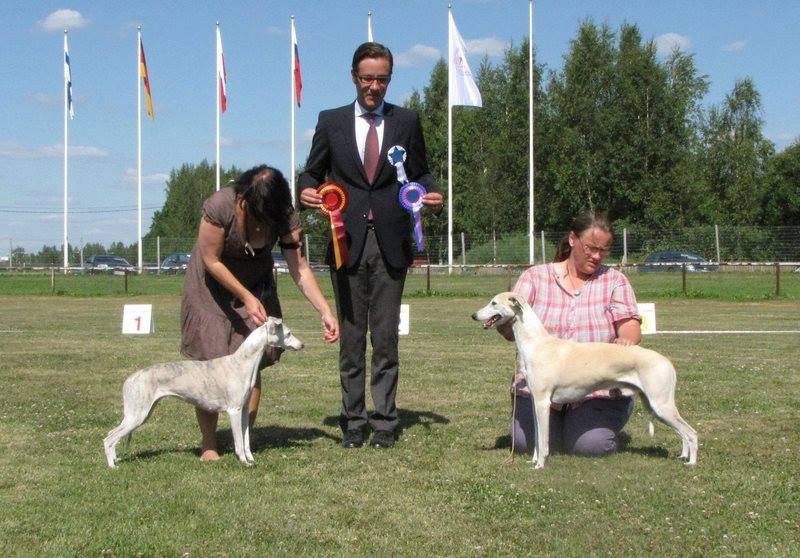